Love is one of the most significant feelings that shape the world. Most decisions made are mostly based on emotion rather than intelligence to verify this. When you eat, you chose the food you like rather than the food that’s good for you. On the other hand, there are rare occasions when we accept the logical answer to what we truly want. I would like to share a story of an anonymous guy from a relatively well-off family. 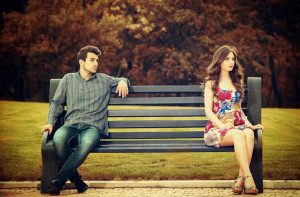 It started in a typical way when a guy encounters a girl, and they eventually fell in love with each other. It was all smooth sailing at first until the guy’s mother showed great disapproval to their relationship. It was due to the girl coming from a family who can barely fend for themselves. The overly protective mother is anxious that her son will live a miserable life because of his choice. As a result, the guy abandoned his home to support the woman he loves. He lived happily with her until he found out that she has another man in her life.

“those who worry — meaning everybody — can control the intensity and duration of their worry thoughts.” –Danielle Forshee, Psy.D.

She met a man willing to forsake his excellent life for her, and there is nothing more to ask. It was enough that she cherishes him and he loves her, and they can have a complete meal every day. It changed when she received a demolition notice to their house. They were squatters in that area, so they have to leave. Then, the mother made a timely proposal to her. They will be provided with a piece of land as long as she disappears from the guy’s life. She was reluctant to agree but left with no choice. Her family can’t afford to rent a house even with the guy’s help. They can’t handle more expenses with them barely meeting ends. With a heavy heart, she agreed to the proposal and left the guy pretending she met a more capable man.

“Never believe that a financial challenge is a sign of personal failure or weakness. Whatever your situation, remind yourself that it’s nothing that millions of other people haven’t struggled with.” -Bahareh Talei, Psy.D. 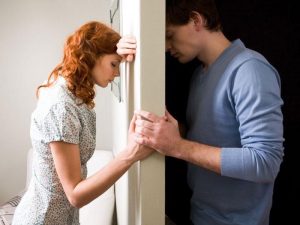 The guy admitted it left him emotionally scarred for years. Although he felt betrayed, he understood the reasons behind it. The girl did it out of desperation, and his mother did it out of love. The guy can’t blame his mother and the girl for what they did. Maybe it was all for the best. If the girl didn’t accept the proposal, she and her family would be homeless at the streets. It would be the same if the mother didn’t initiate the plan. Although it caused guy grief, he can do nothing about it. They are now living completely separate lives.

“Fear is a dominant force in everyone’s life to some degree.” –Dr. Ash ElDifrawi MA PsyD

Sometimes love is not enough, he said. He also told us that there are many things he learned from this experience. One, there are specific choices we are forced to make even if we don’t want to. Two, love is not enough to make a relationship work. Three, money is a powerful tool. Lastly, sometimes the most painful memories are brought by those who we truly love.