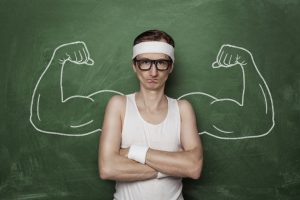 Mediocrity at first thought usually has a negative connotation to it. By definition, mediocrity is a person’s lack of ability to perform or produce something well. Perhaps it’s necessary to reinforce that a mediocre person settles for a standard that assures that the job has been done and putting any more effort and energy into producing a better result, doesn’t seem worth it.

“Research shows that how you think about yourself can have a powerful effect on how you feel. Practice using words that promote feelings of self-worth and personal power. Give yourself a positive pep-talk.” –Dr. Aaron Kaplan, PsyD

I am not implying that I am an exemption from this because there are indeed moments when I can be mediocre, or allow mediocrity among those I encounter because it doesn’t seem too important for me to pay much attention to at the moment. But in times when I find myself in that kind of headspace, I always remember something a good friend of mine would say: “An extra effort in anything that you do, will always go a long way.” 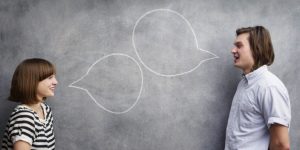 I hold with high value some things in life which I believe should never settle for mediocrity, one of which is: conversation. The way I see it, they play an essential role in the relationships among people, which creates an opportunity for human connection.

Nothing disappoints me the way meaningless conversations do. They end up coming off as weak attempts at trying to connect or build rapport with another person, or at least a forced effort to. As a person who attaches value to the conversations I have with people, this initial interaction serves as my point of judgment. The conversation I have with another determines the kind of connection we have. It could be in the sense of humor, in similar views, sometimes even in different opinions that we could perhaps learn from each other.

“We should examine the inextricable role that self-love plays in any and all human connection.” –Molly Gasbarrini, Ph.D.

Conversations become such a waste of opportunity when little effort is given to it. I have gained significant relationships with people I have sparked substantial discussions with, but I have also encountered dull discussions, which as I think more about, is so unfortunate. I feel that I may have just missed out on what could have been the start of a friendship, or at least another opportunity to learn more about the person and their world.

Whether or not you may end up liking the person, it doesn’t hurt to make the extra effort to carry a conversation so that you get to know a little bit more about each other instead of instantly deciding what you think of them, and creating an image of them in your head.

Based on experience and observation, people tend to judge a little too quickly or are quick to express their own opinion without first listening and understanding the other end of the tunnel. That, I believe is where mediocrity plays a role. Wouldn’t it mean so much more, if we allowed each other to openly speak our minds, and share each other’s thoughts and opinions on life and the world, instead of quickly judging the other? Therefore, “To “cut the fat,” is to speak up, and to appreciate and embrace the people who build you up and make you the best version of you.” Nikki Martinez, Psy.D. LCPC explains. 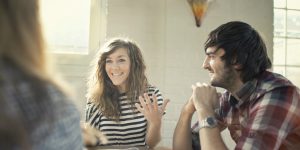 Ask questions, understand, listen – and I mean, really listen – when you’re having a conversation with another person. Chances are you may not be interested in whatever they have to say and there is no problem with that, but it sure does pay to make an effort and allow yourself to put yourself into their shoes for a moment. I imagine the world to be a much better place to live in if we put more thought and effort into the little things that matter and help connect us all one way or another.

Don’t settle for mediocre efforts, take the extra mile and make everyday encounters a little more meaningful. Don’t limit yourself from experiencing the best out of the simple things life has to offer.No matter how small the moment is – whether it be a conversation with a person you just met, a simple deed to help another person out, or even in the things you do for yourself – go the extra mile. You’ll be surprised at what you could get out of it.