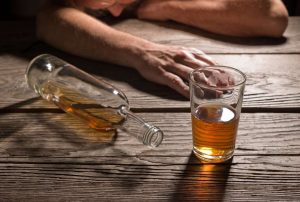 One of the greatest perks of being an adult is that we can drink our grown assess off until we’re absolutely wasted. While some of us only stop when we’re pretty sure we can’t take it anymore or when we’re certain we’ll wake up with a pretty bad hangover the next day, some people take drinking way too far that they either blackout or commit ridiculous things that they will never do when they’re sober. Drinking too much may be bad but the confessions that come afterward from the people who got wasted can be pretty amusing and funny. Want to read some of them? Then here they are. 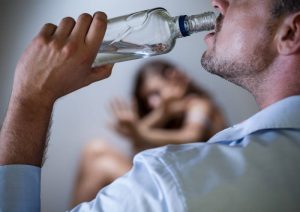 Texting your ex while you’re drunk is actually very common, but texting their mother is definitely not. I’m pretty sure most of us drunk-texted someone at some point, but this unfortunate soul just outdid everyone by texting the mother of his ex and to make things even more complicated and cringe-worthy, this fellow propositioned her.  Just imagine what the mother felt after reading that text and how horrified the sender would be after sobriety kicked in. It will be absolutely embarrassing.

“Psychologically speaking, alcoholism has less to do with “how much” someone is drinking, and more to do with what happens when they drink.” –Cynthia Mascott, LMHC

Tried To Get Into Narnia

Narnia is a great place to be in but news flash, it’s not real. Unfortunately for this frustrated Narnian, that fact may have gotten lost somewhere. This drunk-ass tried to run through the closet just to get into Narnia. I mean I get it, Narnia is a magical place where your wildest dreams can come true but come on – Aslan will never let any drunken person in. This would have been cute if you’re a kid, but if you’re an adult,you might probably have to stick to reality.

“The term “alcoholic” places the problem within the person, not within the nature of the drug.” –Sara Nash, PhD, LMHC

Another common side effect of getting drunk is the feeling of being hungry. That’s why if you spot something that you can eat and you will obviously get a plate and fill it with whatever food there is. Unfortunately, a drunken friend mistook a laptop for a plate. That’s not even the best part of the whole confession because it was then revealed that the mother was there the entire time and watched the whole thing. The mother actually witnessed everything and probably laughed while it was happening.

This is just so wrong. One man confessed that he once paid his wife $50 after having drunk sex with her. According to the confession, the man thought he just slept with a prostitute.  Though he seemed pretty surprised that he did it, this revelation raised the question of whether he was cheating on her or not. No other important details were included but I’m pretty sure he had some serious explaining to do.

Drinking is fun, and all the shenanigans that go down after are almost always epic. However, getting too wasted can give you more bad memories than good ones. So better keep yourself in check to prevent doing embarrassing things that will come back and bite you in the ass once you’re sober.

“Recognizing the signs and symptoms of alcoholism may be the first step to overcoming it.” Dr. Howard Samuels, PsyD